Rangers will feel they deserved at least a share of the spoils but it was Workington who took all three points to move into second spot in the table.
Rangers made the better start and could have taken the lead inside the first minute when Karl Hawley put Massiah McDonald in but Aaran Taylor stuck out his left boot to deflect the ball for a corner.

Workington came into the game and Nathan Waterson was inches away from converting Dave Symington’s cross – the ball flashing across the face of the Boro goal – then Anthony Wright’s shot from distance was deflected just over.

Twice Robert Thompson-Brown combined with Hawley to launch a counter attack that almost produced a goal for Stafford – the first ended with Jack Sherratt shooting just wide while the second saw Taylor keep out a well struck volley from Thompson-Brown who then sent the rebound along the Workington goal line.

Phil McLuckie hit the side netting for the visitors and it needed a timely intervention from Jordaan Brown to halt a threatening run from midfielder Robert Wilson as the visitors began to establish a stronger foothold.

Matt Douglas also missed out with a tame shot while Symington’s low drive came back off the post as the first half ended goal-less.

The second half began in a similar way to the first as Rangers had the better of the play but the trio of Thompson-Brown, Hawley and McDonald all failed to find the target.

Instead, it was Workington who were to break the deadlock on 64 mins with a spectacular 25 yard strike from Conor Tinnion that gave Adam Whitehouse no chance.

Stafford responded well and a good save from Taylor denied Jack Sherratt before the equaliser came, just 5 mins after Workington’s opener. McDonald linked with sub Osebi Abadaki who crossed for Thompson-Brown o steel in at the back post to volley home.

Abadaki then went wide from distance following a poor clearance from Taylor that left the Reds’ keeper out of position.

At the opposite end Whitehouse made an excellent double save to deny Waterson and McLuckie.

Whitehouse went one better on 77 mins with a triple save to deny Waterson but this time McLuckie found the back of the net to restore the Reds’ lead.

Taylor tipped over to deny Abadaki a late equaliser while Sherratt fired wide from around 25 yards. 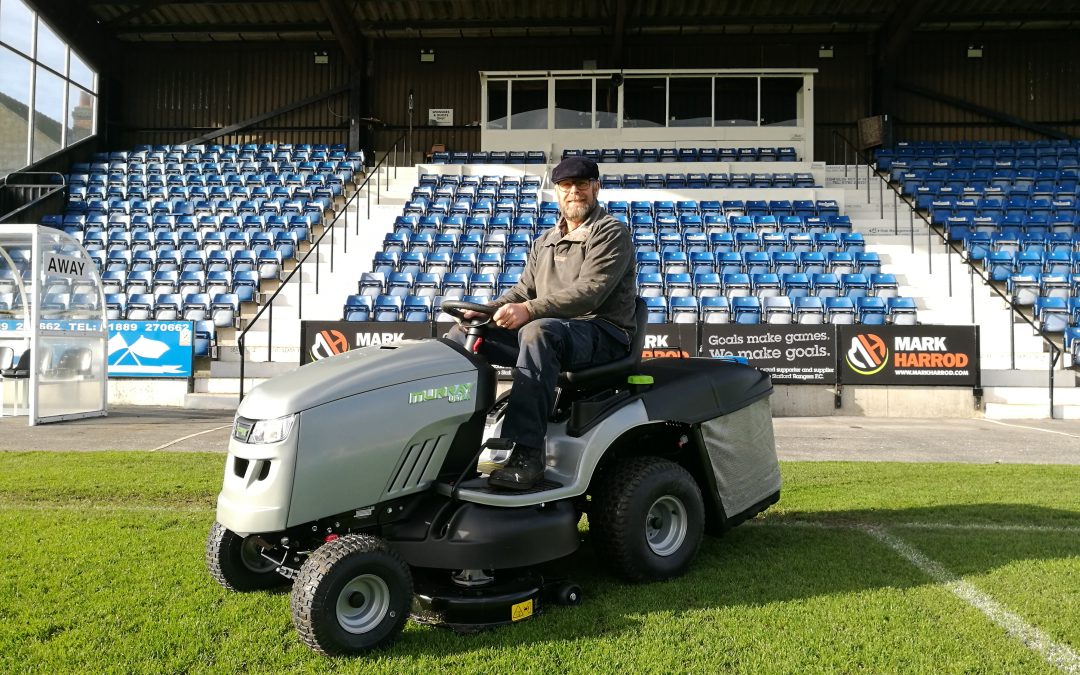 Since our last lottery update for the end of September, the Lottery has continued to fund projects for the benefit of the football club, the latest being a donation of £2465.00 for a mower which will help to make life a little easier for our excellent volunteers who work extremely hard in keeping the pitch in good condition despite inclement weather.

At the moment the Lottery membership has stalled at 263 current active mandates and it is important that membership continues to grow to enable the lottery to provide vital funding for a number of projects which will ensure that the club continues to develop its infrastructure.

With this in mind, the Lottery Committee have recently introduced, in addition to the individual agent scheme which offers 30% commission, the opportunity to other sports clubs, school and community organisation, they will receive a very generous commission of 50% of all money raised by recruiting new lottery members. The more members a partner organisation recruits, the more money it raises for its causes. By way of an illustration, if an organisation recruits 25 people each paying £5.00 per month who remain members of the lottery for 12 months, the organisation will receive commission of £750.00

Anyone interested in joining the Lottery, becoming an individual agent or a partner organisation, please contact the club on 01785 602430 or speak to any members of the Lottery Committee, namely David Montgomery, John Mcmillan, Paul Griffiths or Eric Robins.

As the saying goes…”you have to be in it to win it!” 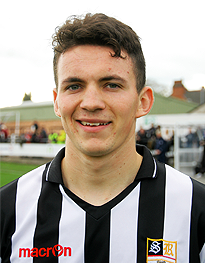 Alex Fletcher has returned to Newton AFC in Wales. We would like to wish him all the best for the future.

Massiah McDonald scored the only goal of the game as Stafford Rangers ended a two month wait for a home win with a Boxing Day victory over Stourbridge.

The visitors made a strong start and, in the first five minutes, saw Aaron Forde stuff a shot wide after Darryl Westlake and Matt Dodd had linked well on the right then Leon Broadhurst headed straight at Adam Whitehouse.

Rangers were gifted a great opportunity when Westlake’s slip let in Massiah McDonald but, as he broke into the area, the ball took a bobble, causing him to badly miscue.

Rangers survived a scare when Matt Dodd went to ground under a challenge from Kai Davis. The assistant raised his flag but referee Jack Neild waved away Stourbridge’s penalty appeals.

Kaman Anderson probably should have done better when he went just wide, the Stourbridge forward had more time than he gave himself.

But, after the visitors had enjoyed the better of the first 15 mins, Rangers came more into the contest. Dan Westwood won a free kick when he was pulled back by Stuart Pierpoint – the former Rangers defender receiving a yellow card – but the free kick came to nothing.

After Robert Thompson-Brown had shot deflected wide off Aris Christophorou, Pierpoint had to make a sliding interception to keep out McDonald.

A poor pass from Josh Craddock set up Tonks but Whitehouse saved Craddock’s blushes, racing off his line to make the block.

Stourbridge continued to create the better chances as the first half drew to a close with Whitehouse keeping out a deflected shot from Pierpoint and twice punching clear as the visitors pressed from a corner.

Anderson fired over early in the second half after Rangers struggled to clear their lines but Rangers were getting stronger.

McDonald fired over from 20 yards then floated in a cross from the left that skimmed off the head of Dan Whitehouse and just evaded Izak Reid at the back post.

Leon Broadhurst had the ball in the back of the Rangers net on 69 mins but his effort was ruled out for offside.

Instead, it was Rangers who were to find the break through when Richard Batchelor supplied McDonald and he squeezed his shot through the legs of Westlake and beyond the reach of Matt Gould.

Another big decision went Rangers’ way when Dodd was booked for simulation in the Rangers area after a challenge from Davis.

Stourbridge kept pushing for an equaliser but Paul McCone’s header was held by Whitehouse and Josh Green fired wide.

The last chance of the afternoon saw Westlake shoot over and Rangers were able to celebrate their first league win in five.