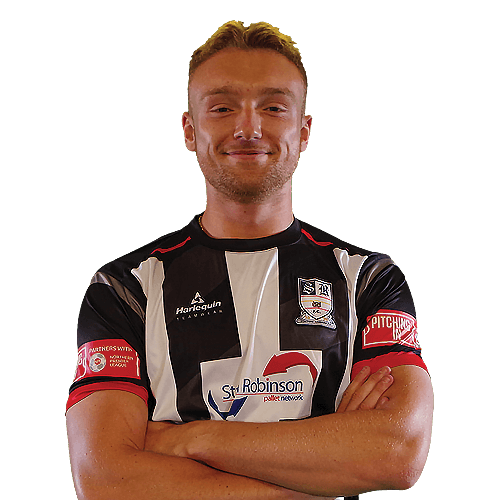 Jon joined the club in November 2019, initially on loan from Bradford Park Avenue before agreeing to a permanent stay.

He began his career with Crewe Alexander. He then joined Nantwich Town before moving to Forrest Green Rovers in June 2016.

A move to Chester followed in the summer of 2018. During his time at the Deva Stadium, he had a spell on loan at Hednesford Town.

After a move to Bradford for the start of the 2019/2020 he was injured but is now fully recovered. Jon has become a popular figure and a fans favourite at the club.