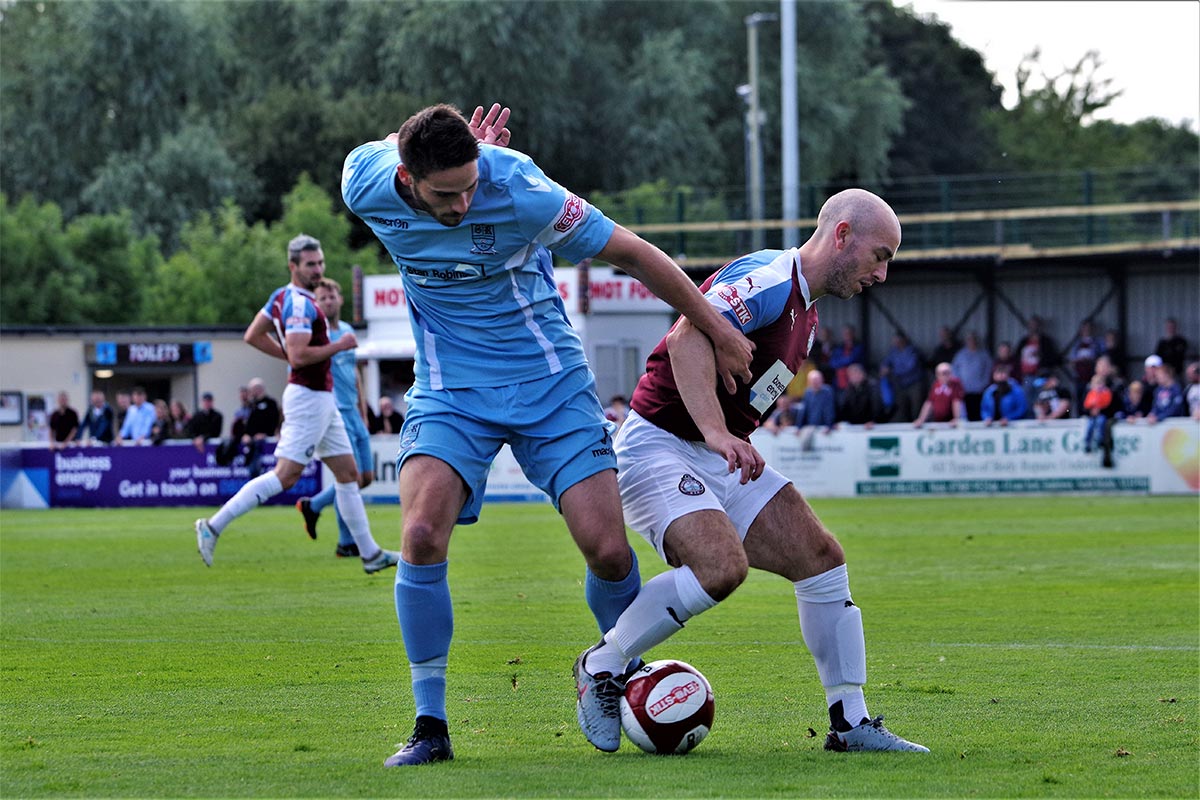 Rangers’ second long trip in eight days was anticipated to be a difficult test and it proved, just that. The game was end to end, in the most part, but the outcome took some swallowing.

In the first minute Shields showed their intent as Rangers were punished with a free kick wide on the left and Gary Brown glanced a header just wide. Rangers then got into their stride, with Joe Cuff being instrumental. Firstly intercepting a midfield pass, then running on to place a low shot wide of the post, before attacking down the left and pulling back for debutant Harry Benns but the ball was easily saved by Liam Connell.

Play then switched to the other end as a fine through ball found the dangerous Joshua Gillies and his shot was saved well by Adam Whitehouse. Back to the other end and Good work by Benns found Cuff and his effort was deflected for a corner. Theo Bailey-Jones was then the first Rangers player into the book for fouling Gillies, before he combined with Benns and firing across goal.

Shields then got into their stride as Gavin Cogdon forced a corner, Carl Finnigan showed some skill in wriggling through, but his cross was punched clear, then Ursene Mouanda had two efforts cleared for corners. Cogdon and Gillies then combined for a Dan Wright effort to be blocked before the deadlock was broken.

Cogdon received a slide rule pass down the left channel and beat Whitehouse with a powerful shot to give the hosts the lead. Wright then combined with Finnigan with the latter’s shot being saved by Whitehouse. Rangers then rallied as Cuff again attacked down the left and his effort was cleared back to him and his next effort across goal was cleared. The ball soon found its back into the box and Kyle Perry turned but his shot was blocked, before Bailey-Jones shot wide from twenty yards.

Another free kick was cleared after Benns was fouled, before Cuff chased all the way back into his own half only to be booked for pulling back Gillies. Billy Reeves replaced Jack Sherratt at half time as Steve Burr tried to stir things. Adams was put through early in the half, but Whitehouse saved his effort before Rangers started to look a little more settled with spell of controlled possession before Reeves fed Perry and hi shot was saved. Shields then went on the attack as Adams went down the left only for his effort to hit the side netting.

This was followed by Cogdon, again down the left, almost reaching the box but being blocked by Luke Jones who received his first yellow. The resultant free kick was cleared, and Rangers again broke, with Thorley going on an excellent run and his cross was met at the back post by Cuff, who managed to blast over rather than level the scores. Shields were starting to assert themselves again and Jones received his second as another break towards the Rangers box saw him adjudged to have raised a foot too high in winning the ball.

Understandably the hosts then poured on the pressure and on sixty-eight minutes Cogdon raced into the box and Whitehouse, probably harshly, was adjudged to have brought him down and Mr Urwin pointed straight to the spot, as well as booking Whitehouse. Substitute Robert Briggs stepped up and made no mistake for a two-nil lead. Cogdon was again denied by a block as Rangers regrouped in the latter stages as they offered no less than a decent spell of pressure and a shot curled wide by Reeves. Another shot from Cogdon was saved on eighty-six minutes before it was all wrapped up with a cheeky effort a minute later. Phil Turnbull lobbed the ball into the box where Finnigan controlled and flicked past Whitehouse for a final three-nil score line.

A harsh lesson but some flashes of potential from Boro as well as what is needed to progress. 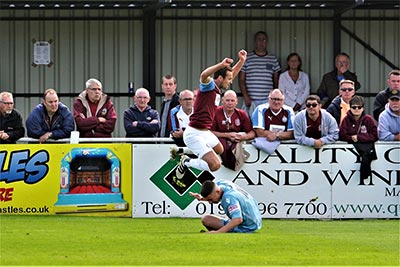 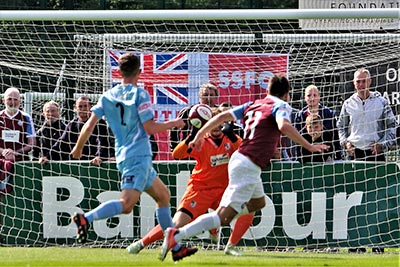 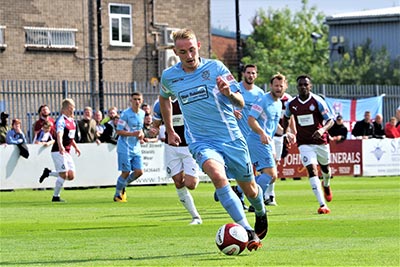 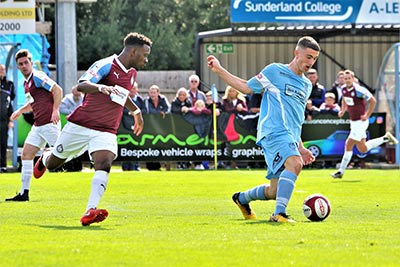 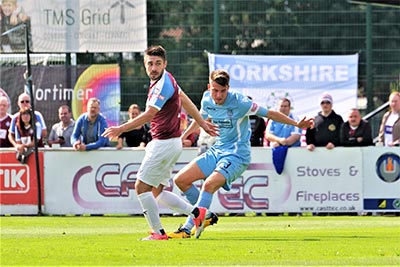 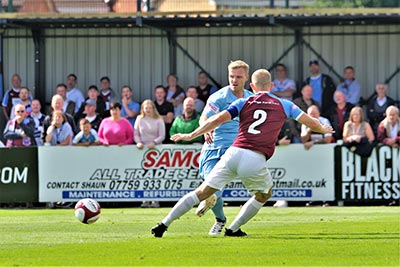 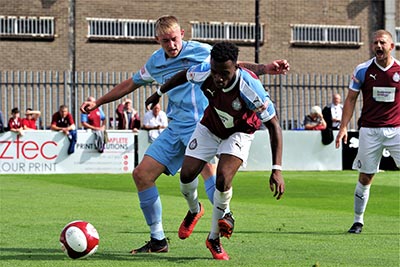 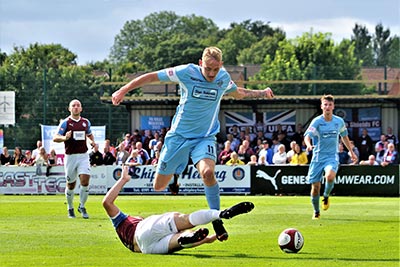