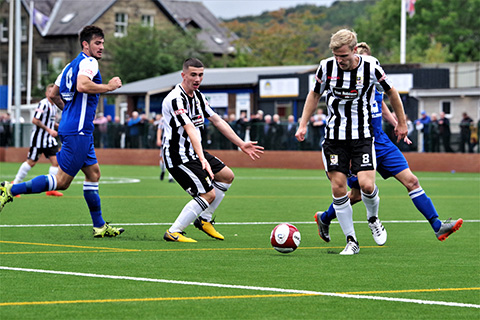 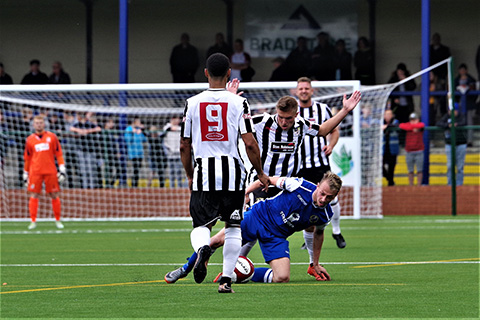 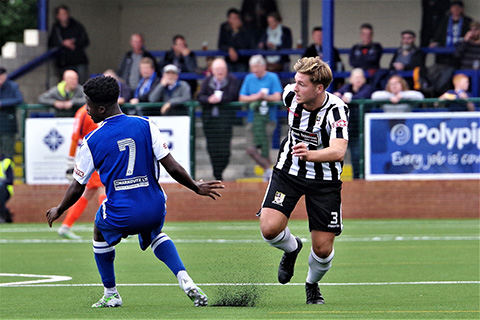 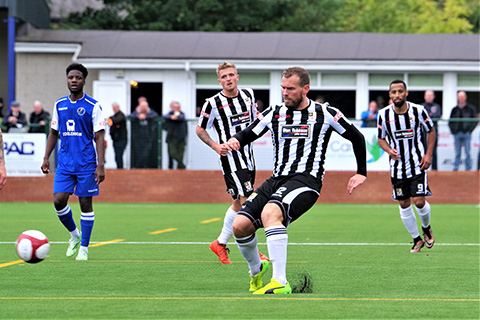 The post-match thoughts of Rangers Assistant Andy Fearn were spot on when he described this as a “strange game”, as Rangers were ultimately undone by around twenty minutes of clinical finishing and poor defending.

The opening stages saw both defences on top and there was no real sign of what was to come. Rangers enjoyed more than their fair share of possession in the early stages but did not force any clear chances. The hosts eventually came to life after twelve minutes as James Askey slipped in the left back position and that allowed Jude Oyibo around the back but when his cross was met by Diego Degirolamo his effort was miscued and danger was cleared. Rangers responded as Harry Benns was slipped in down the right channel and his shot was smartly saved by Theo Roberts. The corner was then played to the back post and Tom Marshall saw his effort cleared off the line as Rangers went close again. On twenty-one minutes Oyibo again beat Askey on the wing and when he cut in he beat Adam Whitehouse at the near post to give Bucks the lead. This was the start of the crazy twenty minutes that proved Rangers’ downfall. Rangers looked shaky and Harrison Holgate then conceded a free kick in the right back position, but Brad Grayson fired his free kick straight at Whitehouse. On thirty-one minutes Oyibo again beat Askey on the wing and he cut to the bye-line to cut back for Degirolamo to beat Whitehouse at his near post. On thirty-nine minutes it was three, as an excellent ball from left back Alex Brown evaded Luke Jones and Degiloramo was again round the back for his second. Just three minutes later it was four nil as Grayson battled to win the ball back and fed Brown who was still in an advanced position and he made no mistake from ten yards. Rangers briefly rallied, heading towards half time as first Benns forced a great save from Roberts and then Izak Reid headed against the angle as the half drew to a close with Rangers seriously needing to re-group.

The second half saw Louis Briscoe and Lewis Banks replace Bailey-Jones and Cuff, and the changes started to make for a more solid performance as the tide was stemmed. The lively Benns threated a couple of times as Rangers tried to get back into it, whole Reid also had a tame effort saved. Buxton, for their part, were much more contained and the free-flowing attacks were largely reduced by a more determined opposition. A Gee shot was deflected into the air and as Whitehouse came out, the ball dropped to Oyibo and his side footed effort somehow took a deflection and went wide rather than into the corner of the net. Rangers looked livelier now and Benns got into the box, from the left, where he squared back to Josh Green who reduced the deficit on sixty-three minutes. Rangers continued to limit Buxton and impose themselves on the game, to their credit. Greg Young hit a rising shot but that was the hosts’ final effort while Jones got forward and headed an effort straight at Roberts and Rangers tried to gain some pride. Rangers run of four straight wins came to a halt and a few more lessons are to be learned to get that run going again.