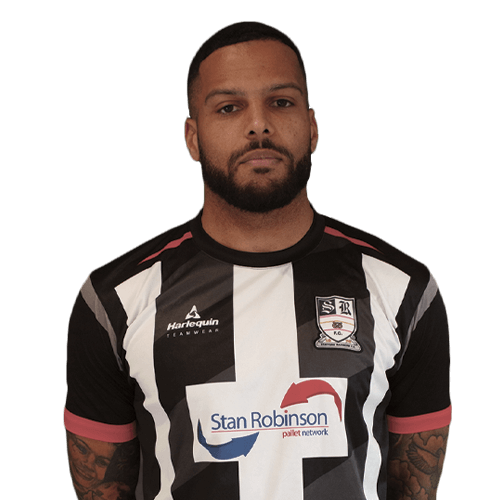 Initially joined the Boro’ from Radcliffe in August 2021. Luis moved on to his home town club Macclesfield FC.

He has now re-joined us on loan until the end of the season. A tall strong 27 year old centre half who has had spells with Nuneaton, Altrincham and Alfreton. Before leaving Boro’ he was forming a strong central defence partnership with Jimmy O’Neill.

ON LOAN FROM MACCLESFIELD FC