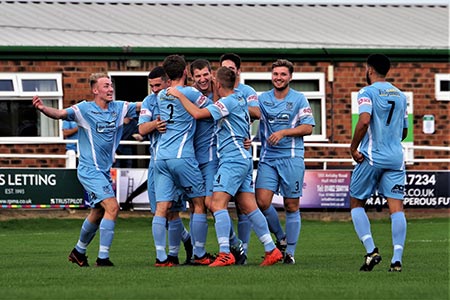 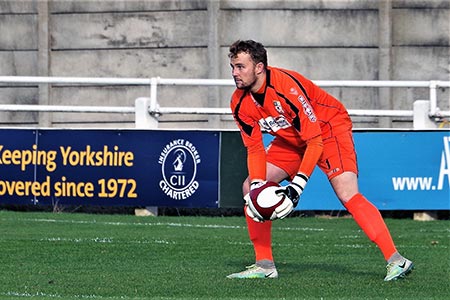 The home side had the better of the early exchanges, but it was Rangers who had the ball in the back of the net first. A good move involving Kyle Perry, Joe Cuff and Benns ended with Perry firing past Lewis Exall but a marginal offside call went the way of the home side. The Villagers’ first threat came via a ricochet off Luke Lofts and Adam Whitehouse was forced low to his right to concede the corner.

Rangers went ahead in the 20th minute through captain for the day Sam Coulson whose 20-yarder bounced awkwardly in front of Exall and past the Ferriby keeper – all after the Villagers had failed to clear Theo Bailey-Jones’ free kick. Ferriby missed a couple of half chances to draw level before Luke Hinsley headed home Eddie Birch’s well measured cross on 35 mins. Exall did well to keep his side on equal terms when Benns’ shot took a deflection off James Williamson, while Rangers had a let off on the stroke of half time when James Askey’s scuffed clearance only got as far as Hinsley but this time the Ferriby man could only shoot straight at Whitehouse.

As with the first half, it was Ferriby who started the brighter after the interval, but Jamie Forrester finished poorly after a good turn then Lewis Banks did well to block Hinsley after a slip by Coulson before Whitehouse saved from Birch. Hinsley put another chance wide but, at the other end, Benns went close to restoring Rangers’ lead – the on loan forward forcing Exall in to a good save following Perry’s flick on – then Benns put in a dangerous cross that just eluded Izak Reid.

After Whitehouse saved from Lofts with 13 mins to go, the home side failed to produce anything of much danger to the Rangers’ goal. Instead, it was Rangers who were to find the killer blow with just 8 minutes left on the clock. After Bailey-Jones took a corner on the right, Charles won the initial header and when the ball bounced back off Jack Mail, Charles snapped up the chance at the second time of asking.