Stafford Rangers mini unbeaten run came to an end on the North Yorkshire coast with defeat against high flying Scarborough Athletic.
Rangers fielded Sim Thandi at right back – the youngster having joined the club on a youth loan from Stoke City – in place of Sam Coulson while Jed Davies returned in midfield with Jack Sherratt dropping to the bench.

Also absent from the 16 that drew with Lancaster City last week were Lewis Banks, who has made the move to Sligo Rovers, Izak Reid and Josh Craddock, who has made the decision to leave the club after making a brief return to the club that culminated in him being sent off in the Staffs Senior Cup tie against Wolverhampton Casuals.

Despite a long-standing relationship with the Scarborough club of old, this was Stafford’s first visit to the Athletic founded in 2007 and their two-year-old Flamingo Land stadium complete with its artificial pitch. But it was the strong wind, rather than the pitch, that was the main challenge for both sides. Scarborough had it in their favour in the first half and used it to their advantage to build up a two-goal lead inside the first 20 minutes and though Stafford came to terms with it to produce a strong finish to the first half, they weren’t as effective with the wind as the home side had been.
Stafford keeper Adam Siviter was called into early action, making a fine left handed save to keep out a snap shot from Matty Dixon inside 90 seconds.

But the home side grabbed the early advantage when they made the breakthrough in the 10th minute – Michael Coulson flicking on a Jamie Forrester corner and James Williamson converted from close range. Stafford’s first effort come from Andy Haworth following a long free kick from Thandi, but Tommy Taylor made a comfortable save low to his left.

Moments after Tom Davie’s throw had bounced just wide off Dan Burns, Luke Lofts doubled Scarborough’s lead in the 19th minute after finding space inside the area to drill home an unstoppable shot past Siviter. Stafford were steadily coming to terms with the conditions and Davies sent a reminder that they were still in the contest with a well struck drive at Turner after good work from both Jake Charles and Theo Bailey-Jones. Soon after, Luke Jones headed over.

It was Charles who deservedly reduced the arrears five minutes before the break when he was gifted the ball by Coulson and fired beyond the reach of Turner’s outstretched left arm. A bright opening to the second period saw Scarborough make it 3-1 in the 57th minute though there was a degree of luck as Lofts’ cross rebounded into the net off Thandi. Stafford worked hard to get back into the game with Tom Thorley, Charles and Joe Cuff all just missing out. But it was Scarborough who came closest to adding to the score firstly when Matty Dixon’s when his 25 yarder came crashing back off the cross bar. The ball came back out to Dixon, but he could only fire straight into the arms of Siviter. A few minutes later, Lofts went clean through only to be denied by Siviter, then, when front man James Walshaw looked set to score, Davies put in a timely tackle to prevent the shot.

The home side finally made it 4-1 in added time through a Walshaw penalty, harshly awarded when Coulson appeared to fall over following a tackle from Luke Jones – deemed fair by the referee but the linesman flagged for the offence. 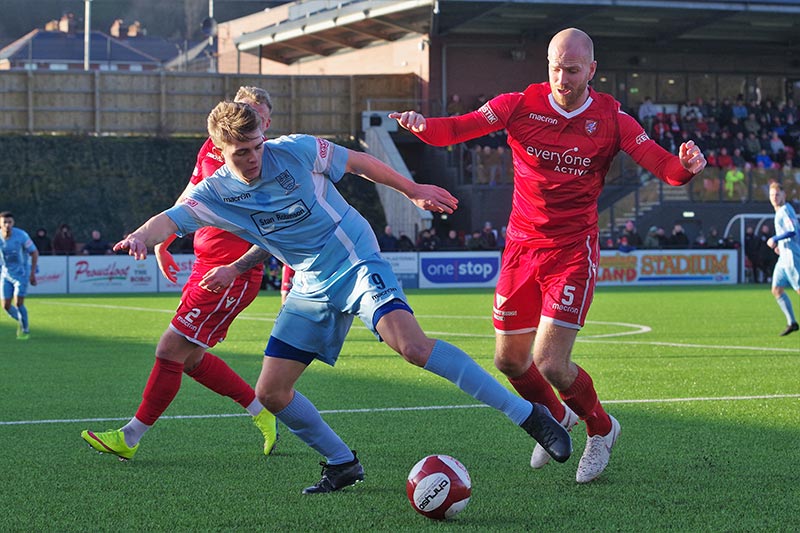 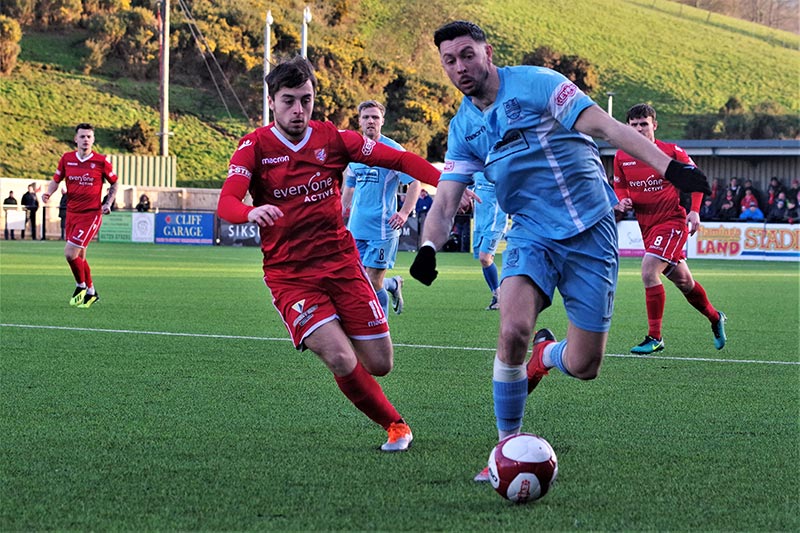