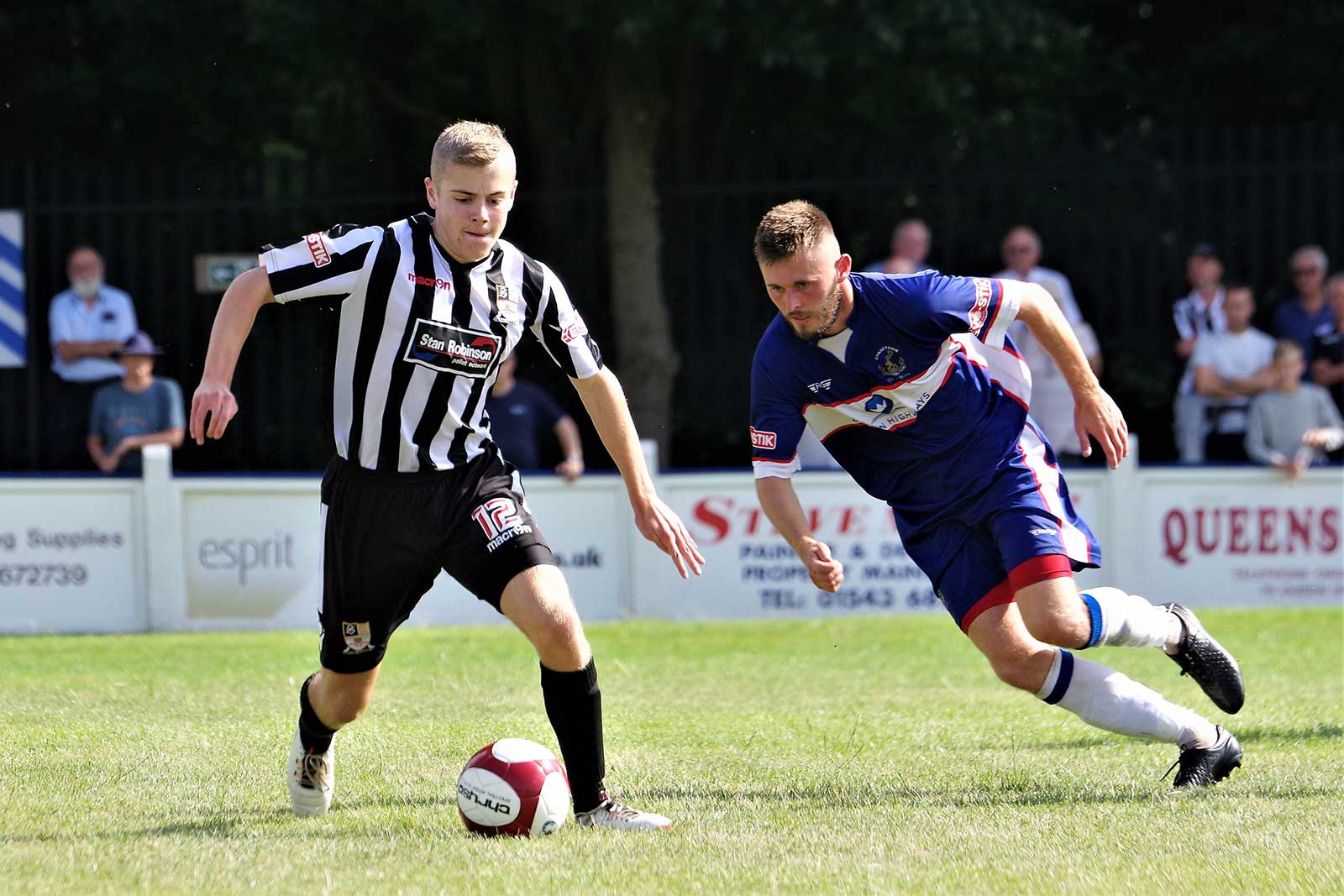 Rangers went into this game with their local neighbours, high on confidence after winning four out of five of their pre-season games, but did not get things all their own way. With Tom Thorley, Adam Whitehoue and Jack Sherratt missing through Holidays and injury, others again had a chance to stake their claims for a place in the team.

Chasetown were first to push forward and forced the first of many corners after six minutes. On Rangers’ first foray, Malakai had a shot blocked but that turned out to be one of a number of efforts by ‘Boro. Abadaki, then chased down a defender to win the ball back but his shot flew narrowly wide. Scholars had their share of possession but without serious efforts, they forced six corners in the first twenty minutes, or so.

Abadaki was again in the action as he attacked down the left and when he pulled back for Perry, his effort was deflected wide. Boro fans then knew they could be in danger as Chasetown won a free kick outside the box. and when former Boro Man Jack Langston lined up a shot, he stepped up and his effort whistled just over the crossbar. Perry was again blocked after good approach work from Curtis, before Briscoe put in Banks, for what was one of four first half efforts for the youngster – three just off target and another forcing an excellent save from Pond, in the home goal.

Rangers continued to see a lot of the ball, while Chasetown were limited to a couple of tame shots from Wynter and Thomas, as well as a through ball that found the side netting courtesy of defenders, Boro trialist keeper and attacker, Nduna.

Half time saw a number of changes with Rangers bringing on 6 players. While Boro showed first with Bailey-Jones having a good shot saved by Pond, Chasetown took advantage of things being reorganised as Nduna nipped in on a short back pass, eluding the incoming defenders and squaring the ball back for Whieldon to give the home side a one-nil lead.  For the remainder, the balance was similar to the first half, but punctuated with changes and water breaks, in the Summer heat. Boro chances were of a better quality but the finishing touch lacked, Cuff fired wide after some neat play, Captain Jones headed wide from a corner, Bailey-Jones hit the bar from a narrow angle, before Cuff had another powerful effort across goal saved by Pond. In response, Chasetown forced an excellent save from Rangers’ trialist keeper, as well as forcing corners from another couple of goalmouth scraps where Boro safely cleared their lines.

Lessons learned in defeat but no disgrace in losing to a team largely still together after their lay-off push last season and sure to be competitive again, while the new Boro squad has two more weeks to gel.