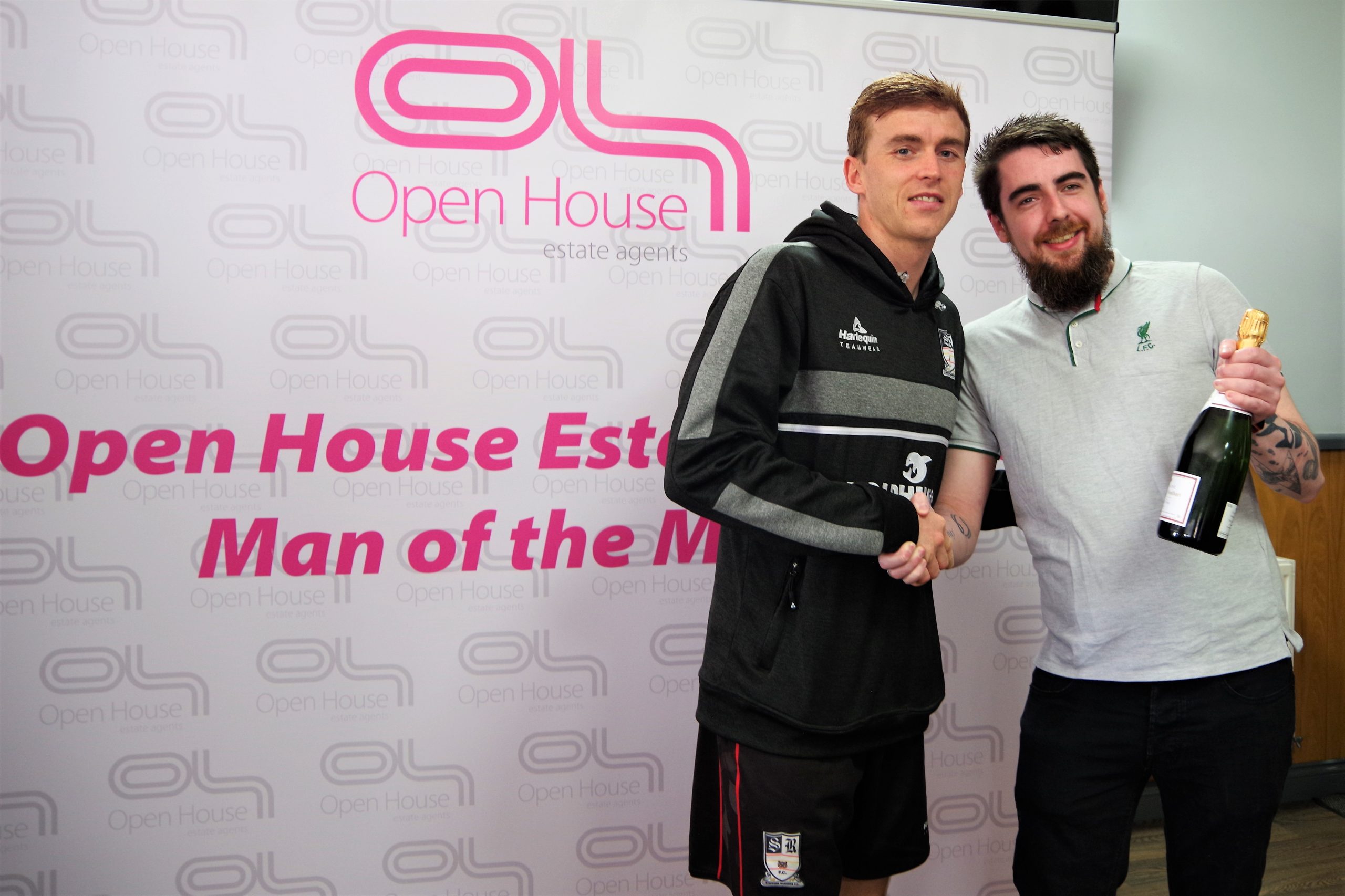 It was a disappointing afternoon for Stafford Rangers who were beaten at home by relegation threatened Basford United – a result that boosts the Nottingham clubs chances of survival.

Rangers fielded the same starting line up that drew 1-1 with Warrington a week earlier – the only change being Luis Morrison-Derbyshire on the substitutes bench in place of Josh Endall who picked up an injury in training.

On a sunny afternoon, clear chances at either end were few and far between but, in the opening half hour, the best of them fell to the home side.

Kaiman Anderson created some space but saw his shot go through tamely to Kieran Preston in the Basford goal after a visiting defender had intervened then a good ball from Alex Fletcher gave Tom Tonks half a chance but Preston gathered comfortably.

Rangers kept probing and a back header from Ethan Stewart went just over while two more efforts from Tonks went wide of the target.

Tonks’ trademark throw ins made life difficult for Basford all afternoon but Rangers failed to capitalise.

It was towards the latter stages of the half that either keeper was called upon to make a real save when Rangers’ Mateusz Hewelt had to be alert as he blocked a shot from Liam Hearn.

It was Hearn who netted the only goal of the game on the stroke of half time. A short throw from Jordan Helliwell was taken down by Callum Chettle who crossed into the six yard box. Hearn was the only player who reacted and fired home at the second attempt although he appeared to have controlled the initial cross with his hand.

Hearn missed an opportunity to extend the lead early in the second half when his shot was blocked while Rangers saw efforts from James O’Neill, Fletcher and Tonks miss the target before Preston saved with his feet to keep out Tre Pemberton.

At the other end, Hewelt saved twice in a minute, denying Courey Grantham with his feet and tipping over a shot from Lirak Hasani that hadn’t appeared to be a threat when it left his boot.

Rangers’ best effort of the afternoon was a Tonks free kick that was heading for the top corner until it was turned away by Preston.

Basford wasted several opportunities from counter attacks and they should have been made to pay in the dying moments but Pemberton failed to connect at the back post from Jake Charles’ flick while Theo Bailey-Jones saw his shot deflected wide for a corner.