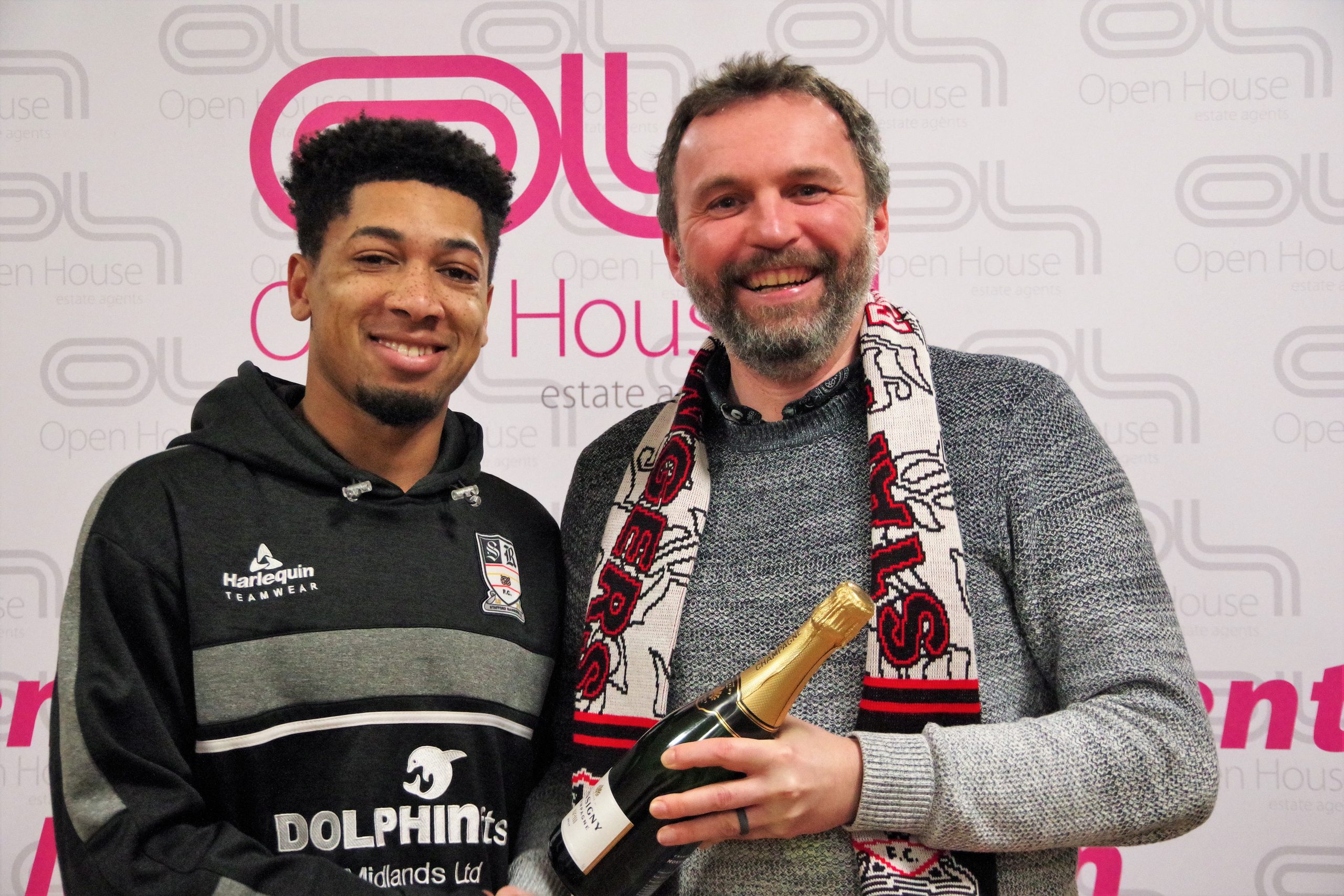 Stafford Rangers’ recorded their fifth draw in six games as they kept up their unbeaten record in 2022.

While the wait for a home win stretched to nine games, the home camp were pleased with the outcome after injury and covid isolation ruled out six players – leaving the Boro only able to name two outfield players on the bench with keeper Tyrell Belford the third named substitute.

Rangers’ depleted line up was further hit when Michael Tait limped off on 15 minutes with a hamstring injury.

With a strong wind blowing downfield, the first half produced little to stick in the memory until stoppage time when Stafford keeper Luke Pilling pulled off one of his customary top class saves, diving to his left to push away a volley from Priestley Griffiths.

But, with the wind in their backs, the home fans might still have expected more from their side in the first half. Instead it was Whitby who looked the most likely to open the scoring for much of the half.

Jacob Hazel tput the ball in the Rangers’ net just before the half hour mark but he was flagged offside – an easy decision for the assistant.

It was a bit of a wake up call for Rangers who created their best chance a minute later only for Kaiman Anderson to shoot tamely wide.

Alex Fletcher and James O’Neill both volleyed well over but Whitby finished on top with Pilling forced to save from Harry Green after Hazel had charged down Ethan Stewart’s clearance before Griffiths was denied by Pilling just before the interval.

The second half was a more entertaining affair and saw Rangers playing a much better game.

Shane Bland turned an inswinger from Anderson on to the roof of the net then both Stewart and O’Neill were denied by goal line clearances from Adam Gell and Jon Burn respectively.

Fletcher declined a first time shot and, when he finally sent the ball goalwards, it was an easy gather for Bland while Stewart went close again with Bland forced into another tip over.

The visitors remained firmly in the contest and Rangers needed a goal-line clearance from Stewart to keep out Lewis Hawkins. A scramble ensued before Rangers managed to clear the danger.

Stewart found himself in the thick of the action at both ends but he was unable to find a clear shot in another scramble – this time in the Whitby area.

Tre Pemberton – with a man of the match performance on his first league start – and Andy Burns tried their luck without success while Whitby’s Green outwitted himself when well placed for the visitors.

Play off hopefuls Whitby upped the pressure in the final stages with the introduction of Malik Dijksteel but they failed to test Pilling, the best opportunity seeing a centre from Green skim off the head of Jameel Ible.