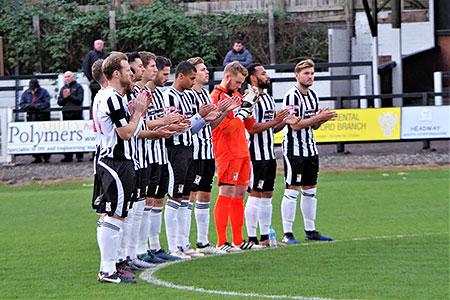 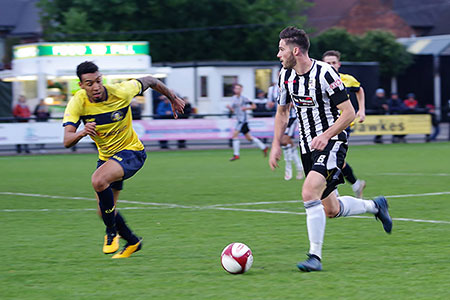 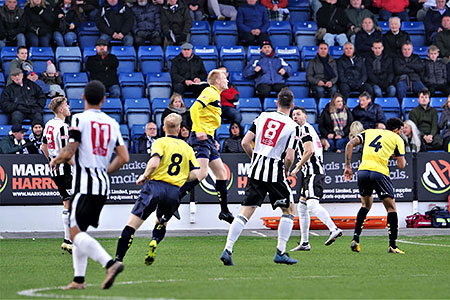 Rangers’ manager Steve Burr saw it as two points dropped after watching his side held to a draw by Gainsborough Trinity on the day when the club paid tribute to President Jon Downing along with the victims of the Leicester City helicopter crash and those who lost their lives in the cause of freedom in numerous conflicts around the world. The Boro were without Tom Thorley who picked up an injury at Chasetown while Dan Burns was suspended but making his debut was newcomer Andrew Haworth following his move from Bamber Bridge while another new face Andrai Jones made his first start after a substitute appearance in midweek.

A gusty wind made life difficult for both teams and the first half produced few chances.

But Rangers did take a 1-0 lead into the break thanks to a 12th minute strike from Izak Reid who side stepped his man to fire past Marcus Dewhurst although much of the hard work was done by Haworth whose persistence saw him force his way past two defenders.
Haworth went close to doubling Stafford’s lead with a volley after James Askey’s long ball had held up in the wind. Dewhurst was almost caught off guard, but he managed to gather at the second attempt.

But the best chance Rangers created fell to Theo Bailey-Jones just before the interval. Haworth was again involved with a lay off from Lewis Banks’ initial ball. Bailey-Jones created himself a yard of space but then blazed his shot high over.

The second half was a slow starter with neither side creating much apart from Haworth’s from around 20 yards shot which failed to get enough dip while a quick free kick from Gainsborough saw sub Harry Middleton put Shane Clarke through only for Sam Coulson to halt his run with a timely interception.

Simon Russell had a shot deflected wide and Alex Byrne sent a free kick wide as Gainsborough’s game became more purposeful and they were rewarded on 81 mins when Russell launched a counter attack and released Ashley Worsfold to fire past Adam Whitehouse.
Stafford had to play out the last few minutes with 10 men after sub Joe Cuff was harshly sent off for picking up two yellow cards in five minutes – the second a contentious one after his path was blocked by Joe Maguire in the area and Stafford appealed in vain for a penalty.