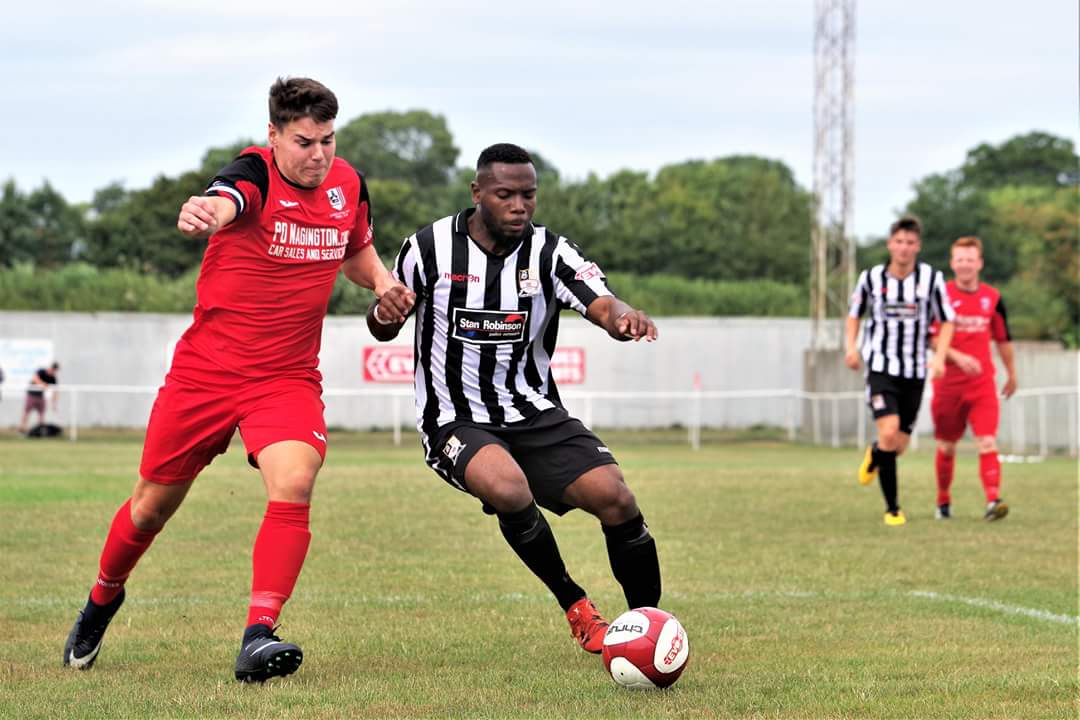 Rangers finished their scheduled pre-season programme with a tough work out at Market Drayton Town. It was clear to see that a hard and bobbly pitch would influence how Steve Burr would select his starting eleven and that proved to be correct, as the side included numerous players that had not had as much game time, plus some that had not yet secured deals.

It took some ten minutes for the sides to settle or come close and Josh Green delivered a free kick that went for Boro’s first corner. Drayton then had a decent spell, imposing themselves with a few chances. Firstly, Liam Bood fired over from 20 yards, before Arnold attacked down the left and Coney failed to make contact with a whipped in ball to the back post. A long ball over the top was then miss-controlled as another chance went begging before Myles Arnold curled a neat shot into the top corner past a diving Whitehouse.

Rangers hit back with new signing Joe Cuff supplying Josh Green with a fine pass, but Green’s effort was saved by Rawlins. Green then had another effort charged down. On the half hour, Billy Reeves was forced off with head injury and young Lucas Burnett entered the fray for Rangers. Rangers attacked again as Saunders got on the end of a good cross from the right, but his header was glances across goal. Just before half time Drayton nearly increased their lead as confusion took over in the Rangers back line and Knowles nipped in but his effort from a narrow angle was cleared off the line.

Rangers started the second half more brightly as Saunders had a shot saved and Burnett was there to follow up, but his effort was also saved by Rawlins. Malaki was then fouled, and Green stepped up with another free kick, but this was also saved. Bood then tried his luck for Drayton but Whitehouse got down to save his shot. Then came 7 subs in one go, as Steve Burr gave the rest of the squad a run, just before the hour. The teams then took some time to settle and game flowed back and for the without any real chances. Rangers grew stronger as they put some moves together and a lovely flowing move ended with Thorley getting to the bye line and Burnett applying a clinical finish from six yards.

In the final minute, Rangers almost snatched a win as Bailey-Jones fired just over. That result left Rangers with four wins, three loses and one draw from their Summer campaign that has shown signs of encouragement as Burr builds his new team and looks forward to a tough curtain raiser at Workington on Saturday.