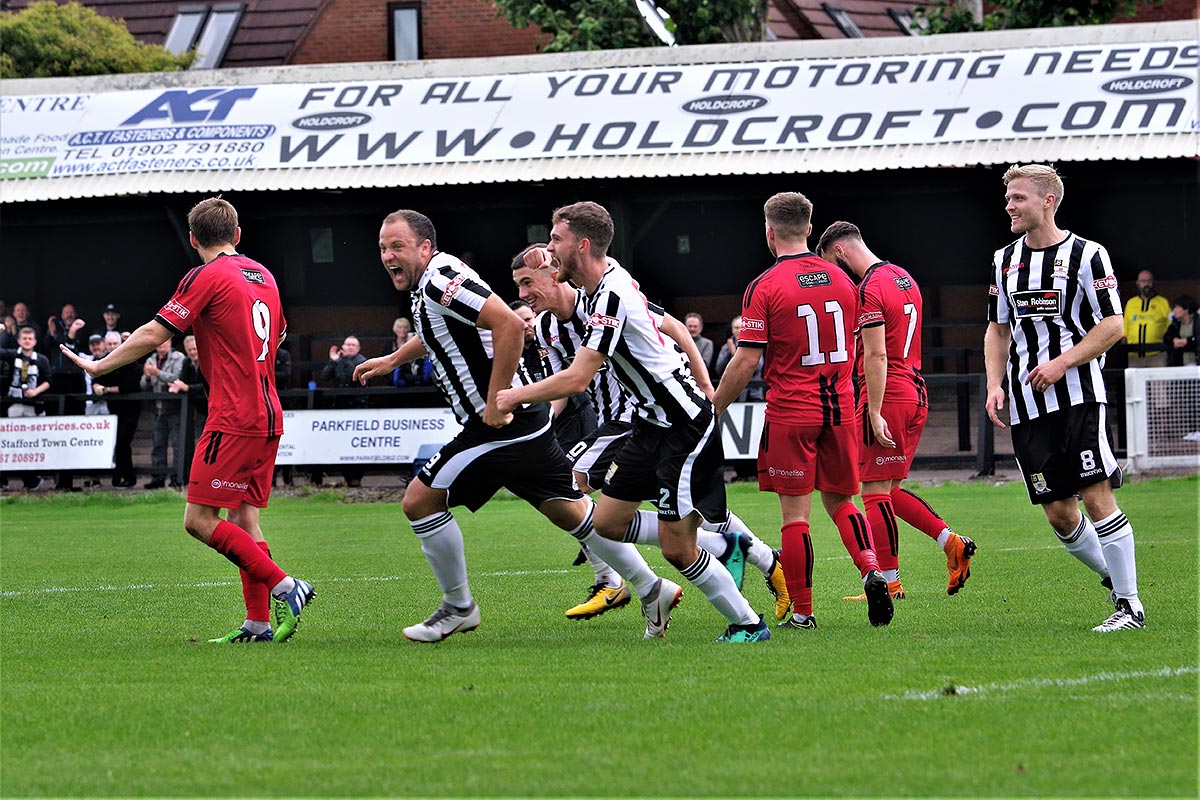 The wait for the first win of the season continues for Steve Burr and his men after Rangers were held to a draw by Mickleover Sports.
Rangers fielded the same side that was beaten by South Shields on Saturday meaning there was still no place for Ossie Abadaki while Sam Coulson again missed out due to injury.

There could have been early problems for Rangers when Adam Whitehouse looked to have a wrist injury picked up when keeping out Evan Garnett’s shot but, fortunately, the Boro keeper was able to continue after treatment.

There was little else of a threat at either end for the next 20 mins. Mickleover’s Ben Roberts tried his luck with a couple of free kicks taken from almost identical positions around 30 yards out. His first effort went just over the intersection off post and crossbar while his second cannoned back off the wall.

Rangers’ best opportunity came from a Tom Thorley free kick that was headed down by Kyle Perry but Kevin Grocott quickly cleared the danger.

It was another free kick that produced the opener for Rangers on 21 minutes. Though the initial kick was unproductive, Rangers kept up the pressure Joe Cuff crossed from the left and Kyle Perry got the header past Lewis King for his first goal of the season.

A couple of minutes later Cuff went wide himself as Rangers looked to build on their advantage.

Mickleover had a further set back when Niall Doran was stretchered off following a challenge by Thorley and it was Rangers who continued to look the stronger as the sides went into the break but they only had one goal to show for their efforts.

The best of the rest fell to Harry Benns on 39 mins but he sliced his shot over after some good approach play on the Stafford right.

But it was Mickleover who came out stronger in the second half and it needed a good block from Tom Marshall to deny Roberts after the Mickleover man had cut in from the right touchline.

Whitehouse was forced to push away a free kick from Roberts then saw Phillips go just wide from just outside the area.

Mickleover’s pressure finally paid off in the 58th minute when another free kick – this time from player manager John McGrath – deflected off the boot of Lewis Banks and past Whitehouse via the inside of the far post.

Mickleover came again and sub Lewis Belgrave sent in a cross-shot from some distance out which sailed wide then a poor header out from Marshall gave Garnett a look in only for Whitehouse to make the save with his legs.

Rangers did come on stronger in the final 15 mins but Briscoe and Theo Bailey-Jones both wasted chances that came their way.

Mickleover had to play out the last 10 minutes a man short after Kevin Grocott saw red for a rash challenge on Marshall and they should have paid the price on the stroke of 90 minutes when Alex Curtis delivered the perfect cross to the back post but somehow Thorley could only find the side netting with the goal at his mercy.