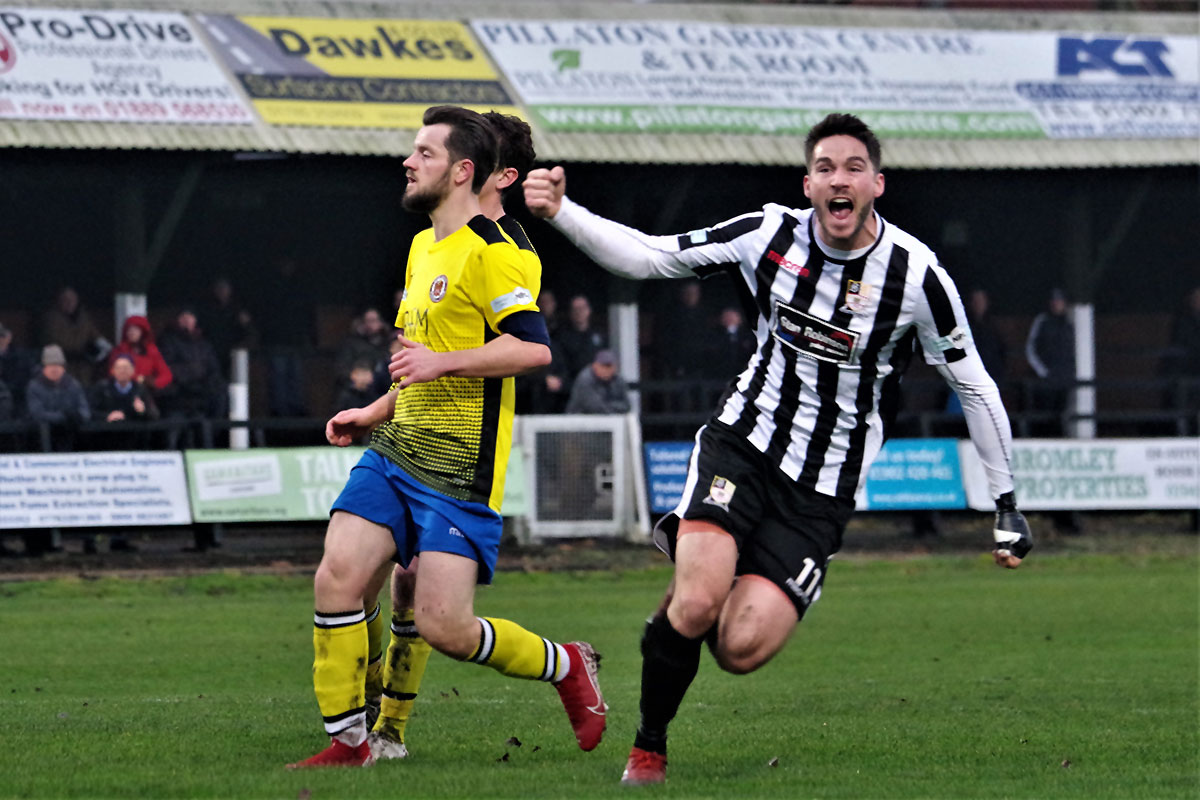 Stafford Rangers continue to search for a first home league win after they went down to Hyde United on Saturday. Rangers failed to make the most of a decent first half performance that saw them respond well to going behind and once Hyde had restored their lead early in the second half, the Boro rarely looked like getting anything out of the afternoon. With Dan Burns suspended, there was a welcome return for Sam Coulson while Jake Charles also made his first start for five weeks. Stafford had the better of the early play and should have gone ahead in the second minute, but Paul Bignot turned the ball over from six yards out after being set up by Jack Sherratt. Soon after, Charles whipped in a cross from the right which evaded Hyde defender Tom Dean but was also beyond the reach of Sherratt. Hyde’s main threat came from Paddy Lane on their left and he almost put the visitors ahead with a shot that flew across the face of goal.

It was Hyde who opened the scoring on 13 minutes when Rangers failed to clear their lines and, almost out of nothing, Dan Turner’s lay off put Chris Sharp in the clear and he advanced to fire past Lewis King. Dean and Alex Starcenko both had chances to extend Hyde’s lead. Dean’s opportunity coming via a rehearsed move at a corner, but the execution failed badly. Starcenko created his own chance when he dispossessed Charles, but the shot was tame, and King gathered.

But Rangers responded well to having fallen behind and Jack Sherratt deservedly put the home side level on 22 mins when he finished off an exchange with Brad Grayson by beating Sam French inside his right-hand post. Charles missed a great chance when he found space but directed his header straight at French following a Robert Thompson-Brown free kick. Rangers looked the most likely to add to the scoring. Thompson-Brown curled one over the upright after cutting inside James Neild while the Hyde defender got enough on Matt Hill shot moments before the interval.

Despite a decent start to the second half, Rangers found themselves back in arrears on 53 minutes when Lane turned smartly and rifled in from the edge of the area. Rangers tried to respond as Sherratt sent two efforts wide and Jon Moran sent a header the wrong side of the post, but the fight began to slip out of them as the equaliser was not forthcoming.

At the other end, King saved from Tom Pratt then Lane’s corner hit the post with Turner putting the rebound wide. The result was put beyond doubt when Liam Tongue extended Hyde’s lead on 79 minutes through a deflected free kick after Moran had brought Turner down on the edge of the ‘D’. King prevented further damage when he tipped over from Turner while Charles missed a chance to pull one back in added time when he was denied by French.