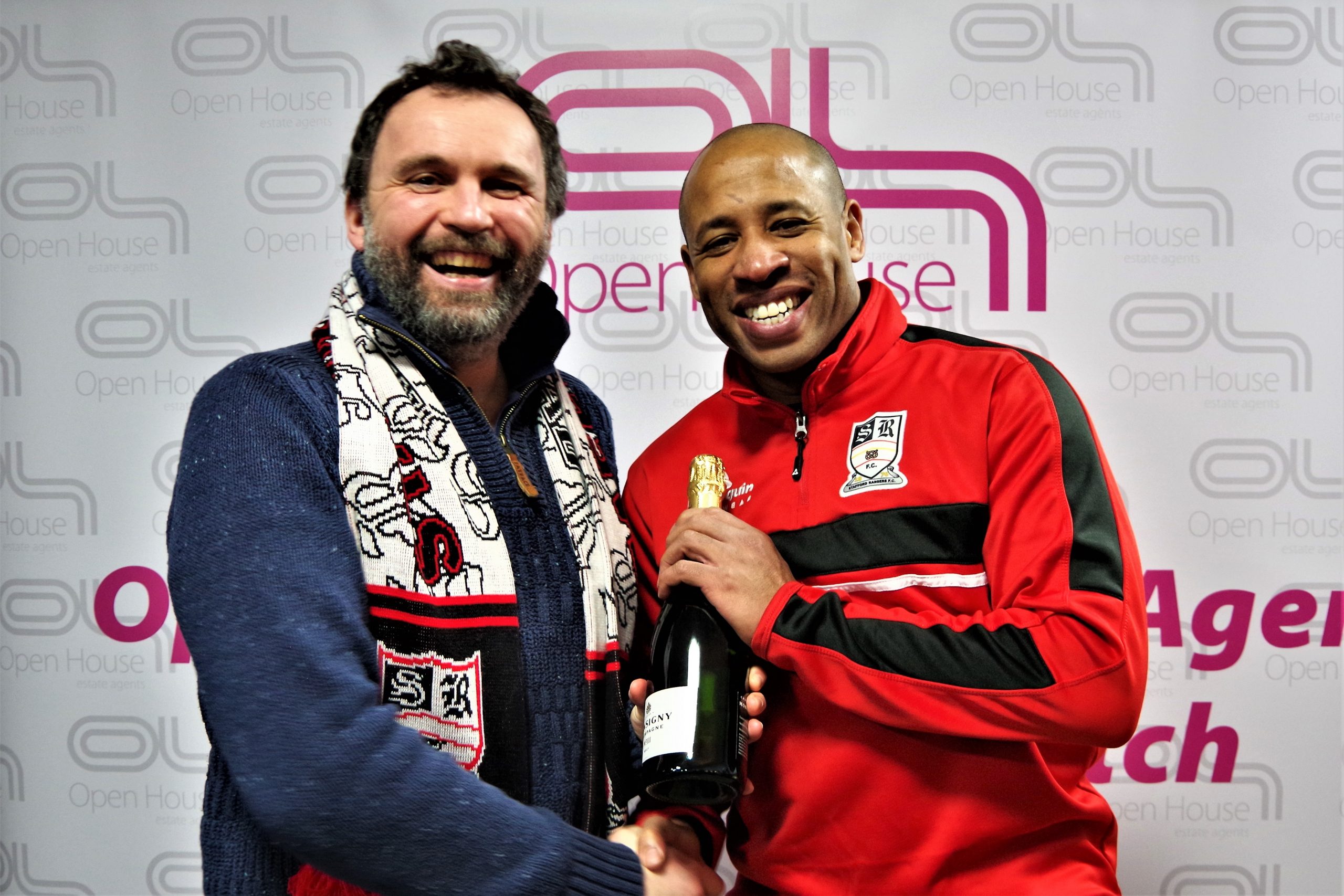 Conditions didn’t favour a display of passing skills with the wind causing problems to both sides.

Rangers, who named an unchanged side, had the wind in their backs for the first half but it proved more of a hindrance than a help with long balls forward from the Shields’ back line holding up nicely for the front pair of JJ Hooper and Darius Osei but they were well shepherded by James O’Neill ancestral defensive partner Ethan Stewart.

On an afternoon where clear chances were at a premium, Hooper should have done better for the visitors midway through the first half when Osei set him up with a neat header but he put his shot high and wide of the target.

Earlier, Alex Kempster was also off target with a back post header following Jordan Hunter’s cross.

Instead, it was Rangers who struck with their first real opportunity, seven minutes before half time. It was that man Joe Cuff on the mark once again, lashing the ball home in front of a delighted Shed End after Shields had failed to clear Tom Tonks’ throw. It was Cuff’s third goal in three matches.

Tre Pemberton had a look in early in the second half when he was on the end of Kaiman Anderson’s cross but Pemberton, who this week turned down an opportunity to join Macclesfield – could only find the arms of Shields’ keeper Myles Boney.

Shields drew level on 54 minutes with a quality strike from Nathan Lowe who beat Mateusz Hewelt from around 25 yards with a free kick, won after Alex Fletcher’s cross field ball had been cut out by Conor Tee.

Hooper missed a good chance soon after then Dillon Morse headed over from virtually underneath the crossbar as Shields threatened to go in front.

Rangers created a couple of half chances themselves as a solo run from Cuff wasn’t matched by his finish while Tonks’ shot deflected off Blair Adams and straight to Boney.

The visitors were reduced to 10 men in the closing stages when Mitchell Rose – booked early in the second half – failed to listen to repeated warnings from referee Ben Robinson and was dismissed for hauling down Joe Kenton. Sadly, for Rangers, there was very little time for them to take advantage but they were satisfied with the point gained that lifts them up to 8th in the table.