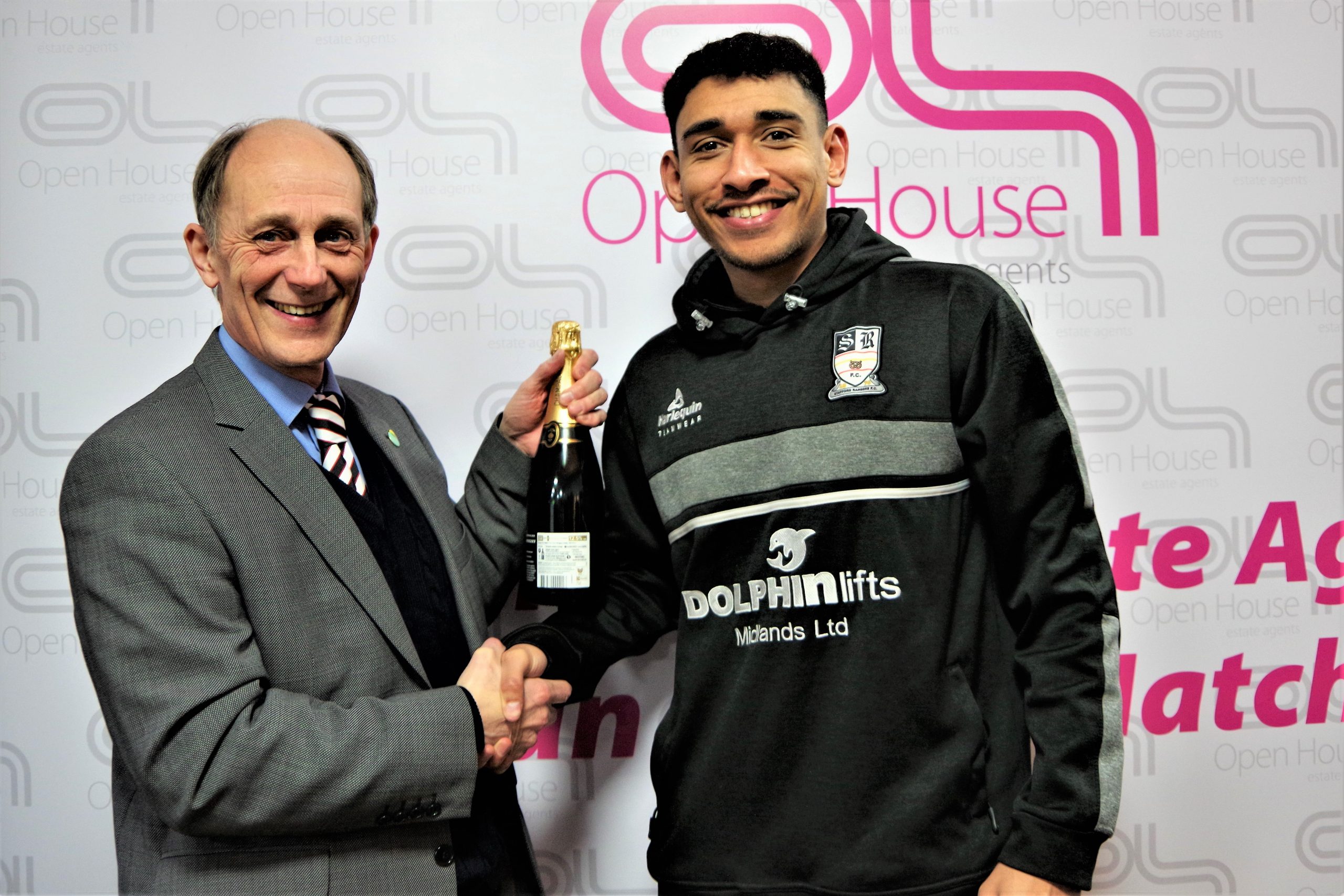 Stafford Rangers ended the long wait for a home win with victory in the Northern Premier League’s version of the Old Firm derby played out between Glasgow rivals Rangers and Celtic.

Nine games, spread over 161 days, had passed since Rangers beat Matlock Town for their last league win in front of their own fans but the torment was ended on Saturday as they saw off the challenge of Stalybridge Celtic at a sunny Marston Road.

Rangers had been dealt a blow earlier in the week with the departure of keeper Luke Pilling to Telford United but they acted quickly by bringing in Mateusz Hewelt on loan from Tranmere Rovers. The Polish keeper had been part of the Bamber Bridge side that won 2-1 at Stafford earlier in the season.

Facing a stiff first half breeze, Rangers struggled to make an impression in the opening half hour with Stalybridge creating the better of the few chances.

Charley Doyle tried to catch Hewelt off his line with a hopeful punt from just inside the Rangers’ half while Raul Correia fired wide when well placed a minute later.

After a speculative volley from Correia went just wide, the game turned into a more even contest with little threat to either goal.

It took half an hour of play for Rangers to get their first real look in as Tre Pemberton put Tom Tonks through but he took a fraction too long intaking his shot and Callum Harris managed to deflect the ball for a corner.

The opening goal came three minutes later and it was Joe Cuff who was on the mark once more. Alex Fletcher’s free kick glanced off the head of Celtic defender Connor O’Grady to Cuff at the back post. His first touch took the ball past Matthew Liptrot, his second rifled it past Celtic keeper Liam Hughes.

Stalybridge’s best chance to level matters before the interval fell to Jay Fitzmartin who broke clear and only a lunging last ditch tackle from James O’Neill prevented him from going through on goal.

Fletcher and Kaiman Anderson both went close to increasing the Stafford lead early in the second half with Fletcher’s shot being blocked and Anderson hit the base of the post from close range.

Stafford looked comfortable but their single goal lead was vulnerable and was threatened when an opportunity fell to Fitzmartin that forced Hewelt to save at the foot of his right hand post.

Stalybridge were gifted their best chance when Fletcher was caught in possession by Sam Wedgbury. The ball sent Correia clear but he lacked conviction and succeeded only in a tame shot at Hewelt.

It was a costly miss. Rangers went straight down the other end where Pemberton was bundled over by Quansah and Tonks dispatched the 74th minute penalty to give Stafford breathing space.

Stalybridge never looked like getting back in to the game as Rangers remained composed to extend their unbeaten record to 10 games.