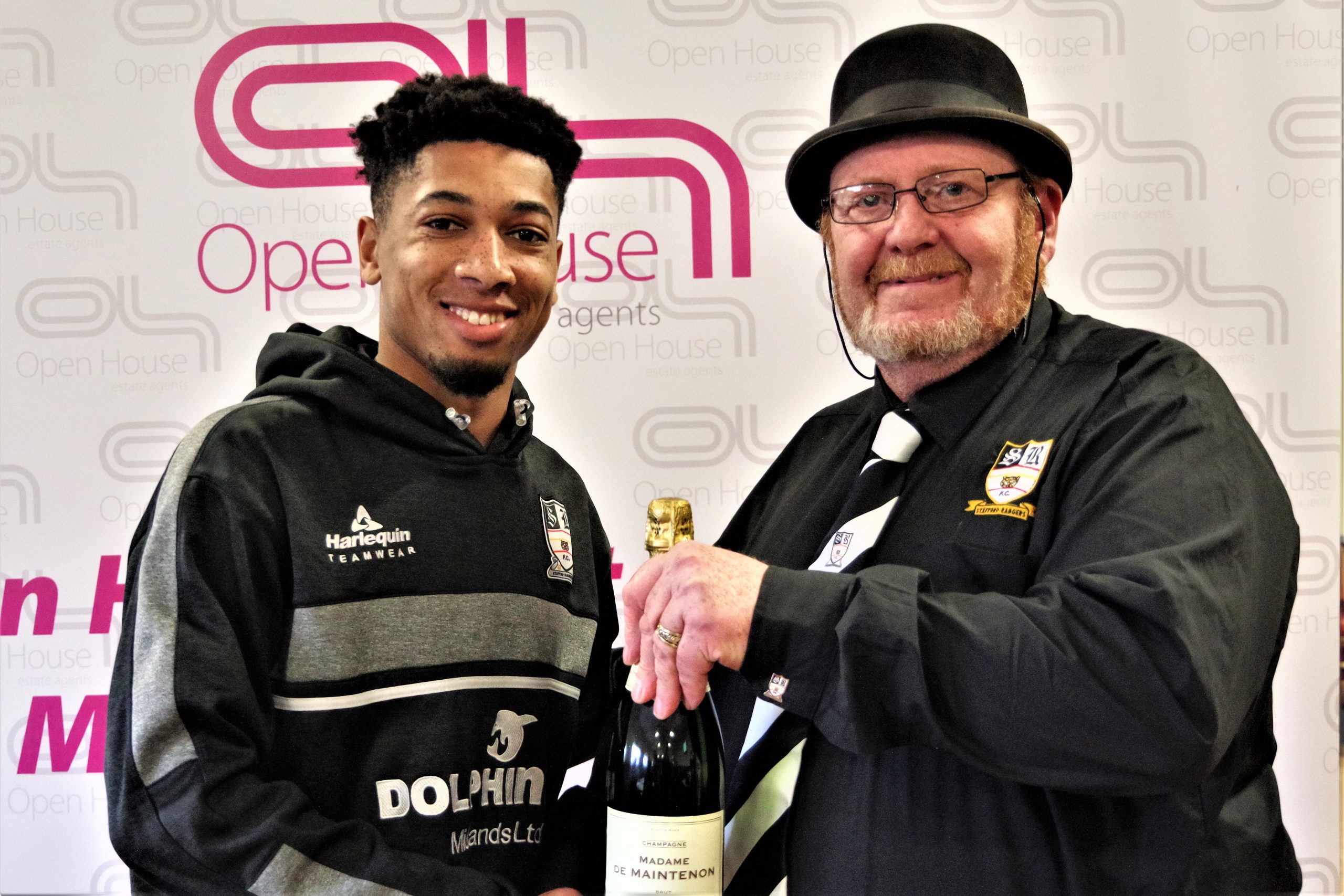 Stafford Rangers recorded their biggest win of the season to condemn bottom of the table Grantham Town to relegation from the Northern Premier League.

Joe Kenton replaced the injured Jake Charles from the side beaten at South Shields and he was involved in two of Rangers goals, scoring one and providing an assist to Kaiman Anderson.

Rangers began well and could have been a goal up inside the first minute after Tre Pemberton collected a loose pass from Jonathon Wafula but Tom Tonks failed to connect with Pemberton’s cross.

Kenton spurned a great chance to open the scoring when he missed the target when well place while the Stafford defence was caught napping when Ellis Storey played in Ricky Miller – fortunately, Mateusz Hewelt was on guard to make a near post save.

Rangers took a deserved lead on 11 minutes when Alex-Ray Harvey’s persistence forced a foul by Elliott Durrell and Tonks struck a 30 yard free kick beyond the reach of James Pollard.

Anderson went close to adding to the lead when he headed over from Andy Burns’ cross before Grantham levelled matters on 21 minutes.

Hewelt had a rush of blood and was caught in no man’s land as he came out to meet Durrell’s free kick. Wafula won the header and Joe Dunne could only head into his own net in his attempts to clear.

Grantham now enjoyed their best period of the game with Miller twice trying his luck without success and Wafula clipping a half volley just wide.

Another good chance for Grantham went begging early in the second half with Shane Clarke failing to convert before Miller could only strike the follow up against the body of Burns.

But Kenton eased Rangers’ nerves when he restored the lead on 58 mins after a good lay off from Anderson and, from then on, the Boro were in total control.

Kenton returned the favour by sending Anderson clear on 67 minutes and the forward finally got some reward for his efforts with a clinical finish.

Pollard made a smart save to deny Pemberton before Ethan Stewart – guilty of missing the target with four headers during the afternoon – forced the ball home in the 89th minute after a long throw from Tonks cleared the Grantham defence.