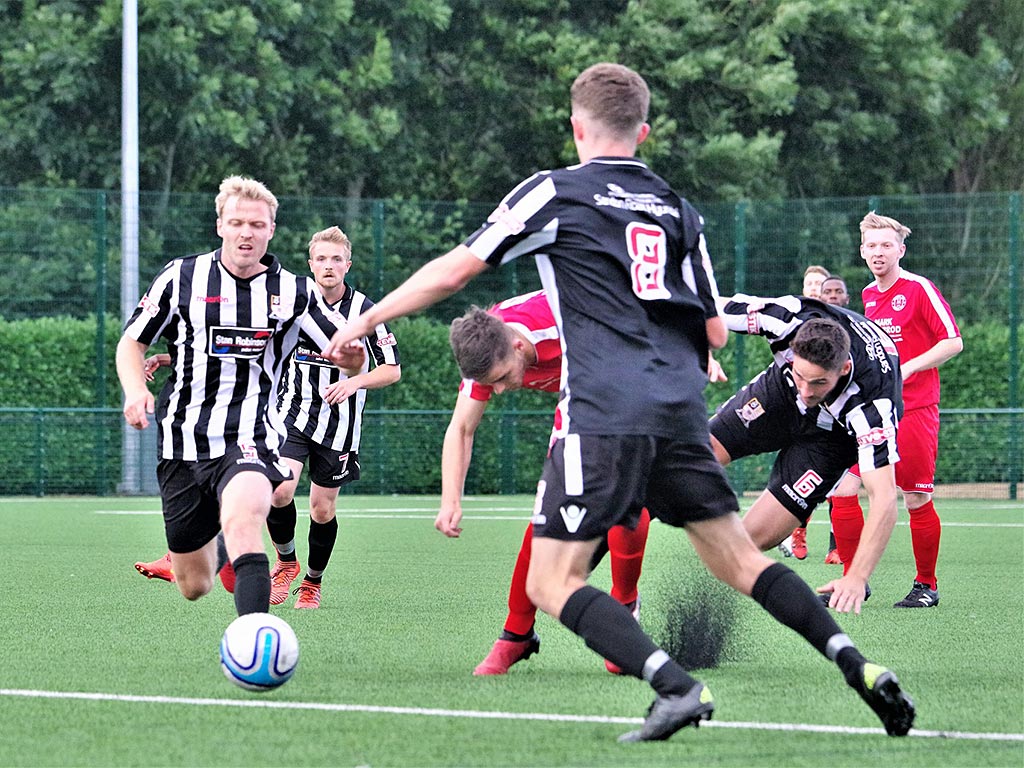 Rangers followed up their 7-0 win at Heath Hayes with another goal scoring bonanza as Stafford Town were beaten 5-2 at Evans Park.

As with the opening friendly on Saturday, Steve Burr took the opportunity to look at a number of trialists but it was a strong XI that kicked off and they soon made the difference in quality tell.
The opening goal came from Osebi Abadaki in the 5th minute. The tricky winger produced some good work on the left then cut in before firing past Josh Moreton in the Town goal.

On 12 mins Rangers were 2-0 up. A good low centre from A Trialist picked out Jack Sherratt and he steered the ball past Moreton.

Three minutes later it was 3-0. A clever back heal from Kyle Perry found Josh Green. He squared for Theo Bailey-Jones who teased the home keeper before lifting the ball into the back of the net.

Bailey-Jones added a fourth on 19 minutes. This time Abadaki was the provider although it looked like he was going for goal himself with another low drive but Bailey Jones was there to help it on its way.

At this stage a double figure score was on the cards but to their credit Town didn’t give up battling.
Perry, James Askey, Green and Abadaki all had shots or headers at goal but found Moreton in fine form – the Town keeper excelling with a good double save a few minutes before the interval.

By then the home side had given the scoreline an element of credibility with Kulisewa – aka Okomo – taking advantage of two defensive errors to help himself to a couple of goals. His first came on the half hour when Adam Whitehouse fumbled a corner and the youngster nipped in to head home.

Town’s second came on 38 mins. This time Askey got caught out by the extra bounce of the artificial pitch – the ball was played across the area and Kulisewa slotted in his second. Rangers made nine changes at the interval with only keeper Whitehouse and newcomer Josh Green remaining on the field.

There were a few more familiar faces on show with the likes of Louis Briscoe and Levi Reid seeing some action while Alex Curtis came on for Green 10 minutes into the second half. It was Green who had scored Rangers’ fifth of the night just 23 seconds after the resumption when he steered home from around 15 yards after good work on the left from two of the young trialists.

Green’s goal was to end to scoring for the night but it wasn’t for the want of trying on Rangers’ part as Briscoe, Reid and Curtis all tried their luck only to find Moreton in their way.

The Town keeper was beaten shortly before the end but Curtis’ shot came back off the bar.