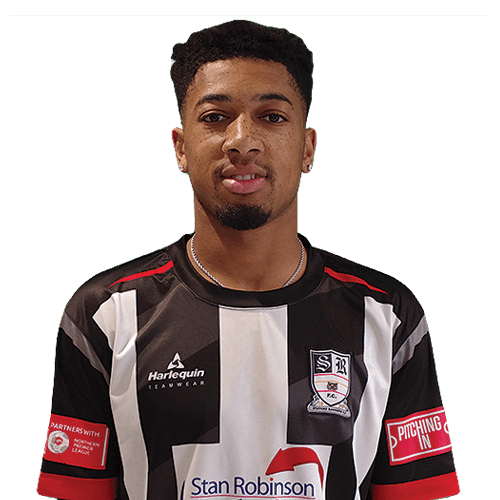 Tre is a pacy right sided midfielder who joined the club in October 2021 from FC United of Manchester.

22 year old Tre, started out at Blackburn Rovers where he featured prominently in their under 18’s squad, catching the eye of Stoke City. After signing for Stoke City in 2017 he made a number of appearances in their under 23’s squad, notably scoring against Manchester United.

Joined FC United of Manchester making a handful of appearances in the truncated 2019/20 and 2020/21 seasons.